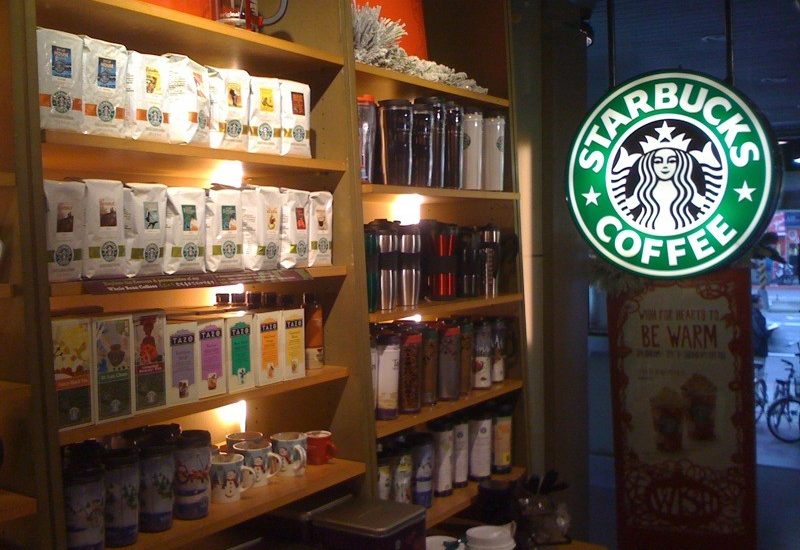 Social brands are finding it harder to compete as food and clothing giants push their ethical and green credentials—but they welcome the shift.

Whether it is US denim brand Levi’s campaigning against gun violence or British supermarket Iceland drawing attention to the environmental impact of palm oil production, big businesses want to show they care about people and the planet, not just profits.

But this growing trend has made it harder for social enterprises—which are organisations set up specifically to tackle social and environmental problems through commercial means—to stand out.
“There’s a lot of confusion about what is wrong or right and a spectrum of business as a force for good,” John Steel, chief executive of Cafedirect, a London-based coffee social enterprise told the Thomson Reuters Foundation.

“There are businesses that are set up to make profit and have ownership structures to enrich the few but are talking about sustainability—for citizens of the world it is very hard to work out what is really going on,” he said.

Cafedirect launched 28 years ago with the mission to improve the lives of small coffee farmers and a few years later became one of the first companies to launch as Fairtrade, an ethical certification scheme aimed at paying farmers a fair wage.

“It was seen as being completely different—in those days it was out there ahead of the pack,” Steel said.

This resulted in “crazy” growth, said Steel, with double-digit sales improvement in the early 2000s.

The industry followed suit—with big coffee brands like Starbucks in Europe, and supermarkets such as Britain’s Waitrose and Sainsbury’s launching some Fairtrade coffees in the 2000s, as well—a shift that was bittersweet for Cafedirect.

“It’s great from the point of view that people are agreeing to pay a minimum price for coffee and a premium to help improve farmers lives, but it also means it’s less of a clean, clear blue sky environment for you as a competitor,” he said.

As a result of the competition, Cafedirect spent several years struggling in the red before finally coming back to a profit in 2018.

Steel, who joined the company in 2012, attributes this turnaround, in large part, to a rebrand, which communicated the coffee company’s ethical credentials even more prominently.

Cafedirect has made several other changes to the business, including buying a tea company and moving into coffee roasting, but with the price of coffee dropping globally, it will remain a tough climate for the social enterprise to compete.

Conscious consumers
The number of socially conscious consumers is growing and therefore it has become more important for big businesses to attract them, too, according to a study by consultancy firm Accenture.

“Companies that stand for something bigger than just what they sell and demonstrate genuine commitment to their purpose typically deliver higher levels of commercial success,” – Rachel Barton, managing director at Accenture Strategy.

Almost two-thirds of consumers say a company’s values have an impact on what products they consider buying, the 2018 study showed.

Based on a survey of 30,000 people, the study also found six in 10 consumers want companies to take a stand on the social, cultural, environmental and political issues consumers care about.

“People have fundamentally different expectations of the role companies play in society now, compared to 10, 20 years ago,” said Becky Willan, managing director of Given, a London-based marketing agency that specialises in purpose-led brands.

But it is not just consumers driving this change—social enterprises and charities have been “beavering away” for decades, to make social impact commercially viable, said Sophi Tranchell, group chief executive of British social enterprise Divine Chocolate.

“We haven’t got to where we got to from a consumer perspective by magic,” she said.

Like Cafedirect, Divine Chocolate, which is 44-per cent owned by its cocoa farmers, also found it hard to compete when competitors like chocolate giant Cadbury’s shifted to Fairtrade, also in the 2000s. However, she welcomed the move.

“We celebrated when the big companies came in to do Fairtrade because … we wanted to challenge the industry to do better,” she said.

Standing out from competitors remains “very difficult and a big challenge,” but the brand’s focus on quality and telling the stories of its farmers has helped, said Tranchell.

To keep their competitive edge, social enterprises will need to innovate with new products, services and ways of doing business that cannot be replicated by big companies, which are generally slower to act if they have shareholders, said Willan.

“This isn’t just a marketing exercise on the part of big businesses—they are investing, making long term commitments, they are changing their practices, they are talking about it,” she said.

“But social enterprises can be more agile, disruptive and more ambitious about the change they can create,” she said.

This story was published from the eco-business  news website under CSR.


Profile
how can we help you?